Thanks to my amazingly talented model and friend, Rick, I was able to explore the stages of human development, both individual and social, through dance-like movement. The development of a human individual in various stages of growth is embodied by Rick. The development of human society as a whole, in stages such as the agricultural era and our current era of electricity, is represented by the background. The passage of time is denotated by the light. 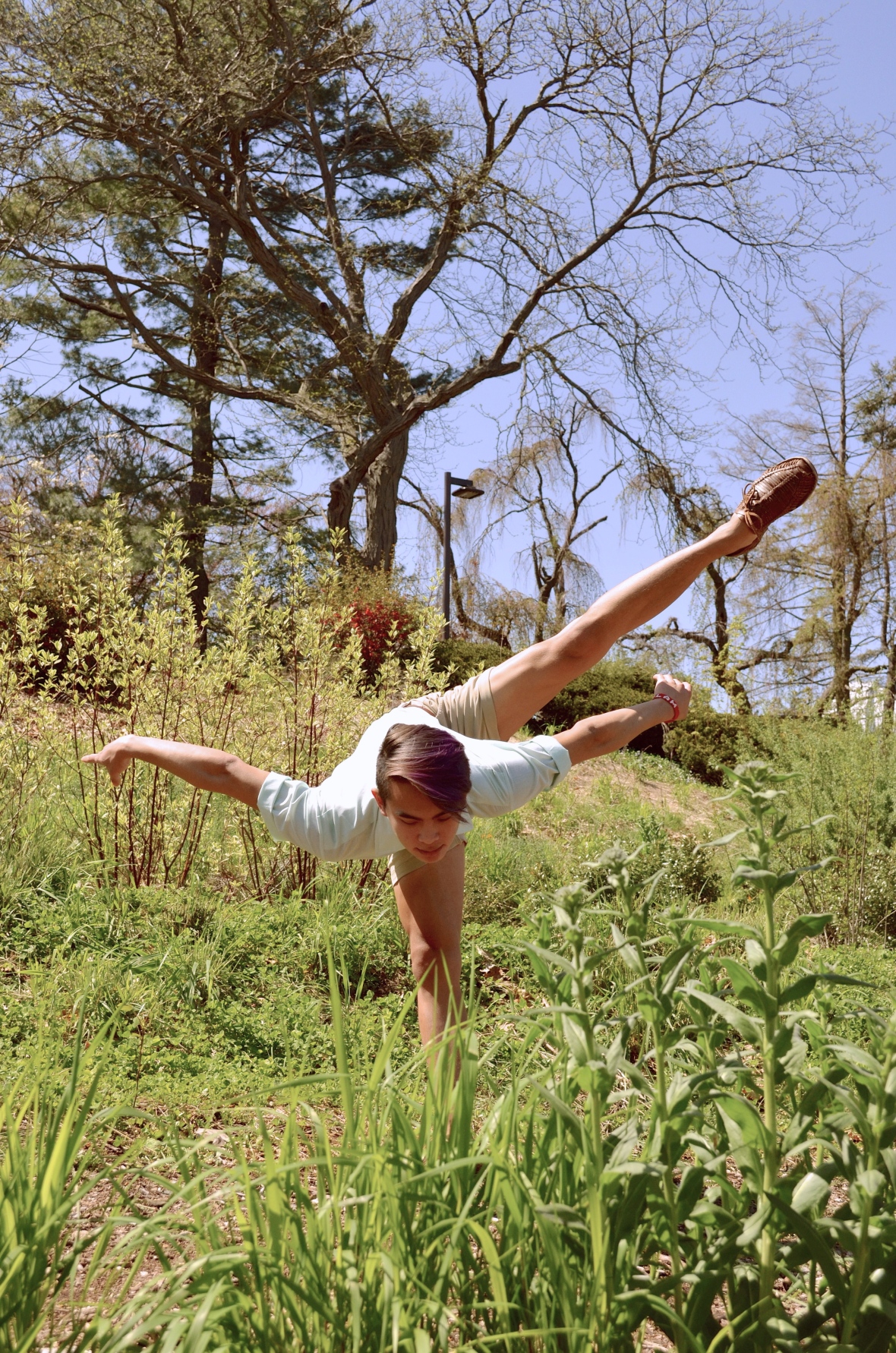 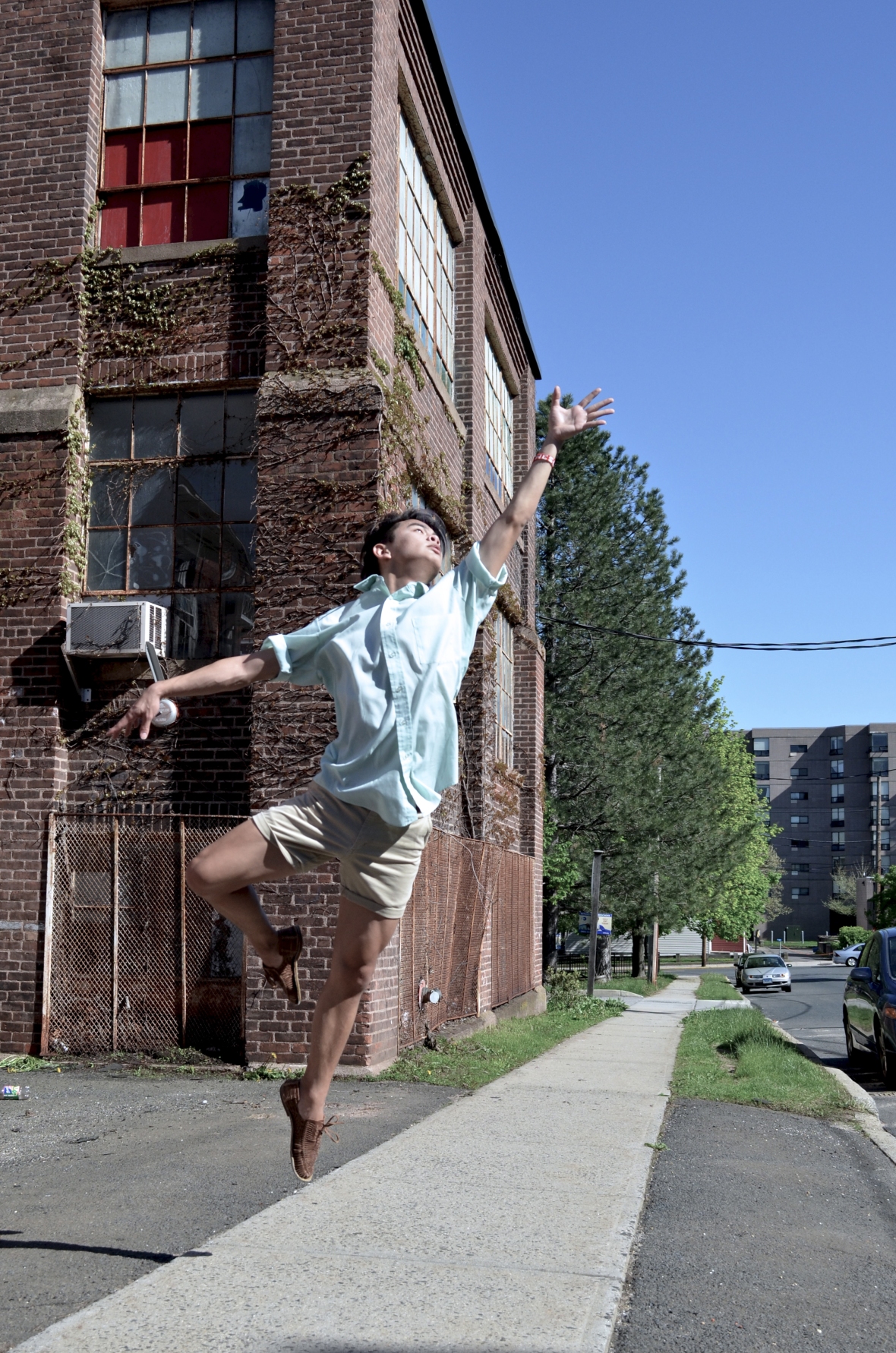 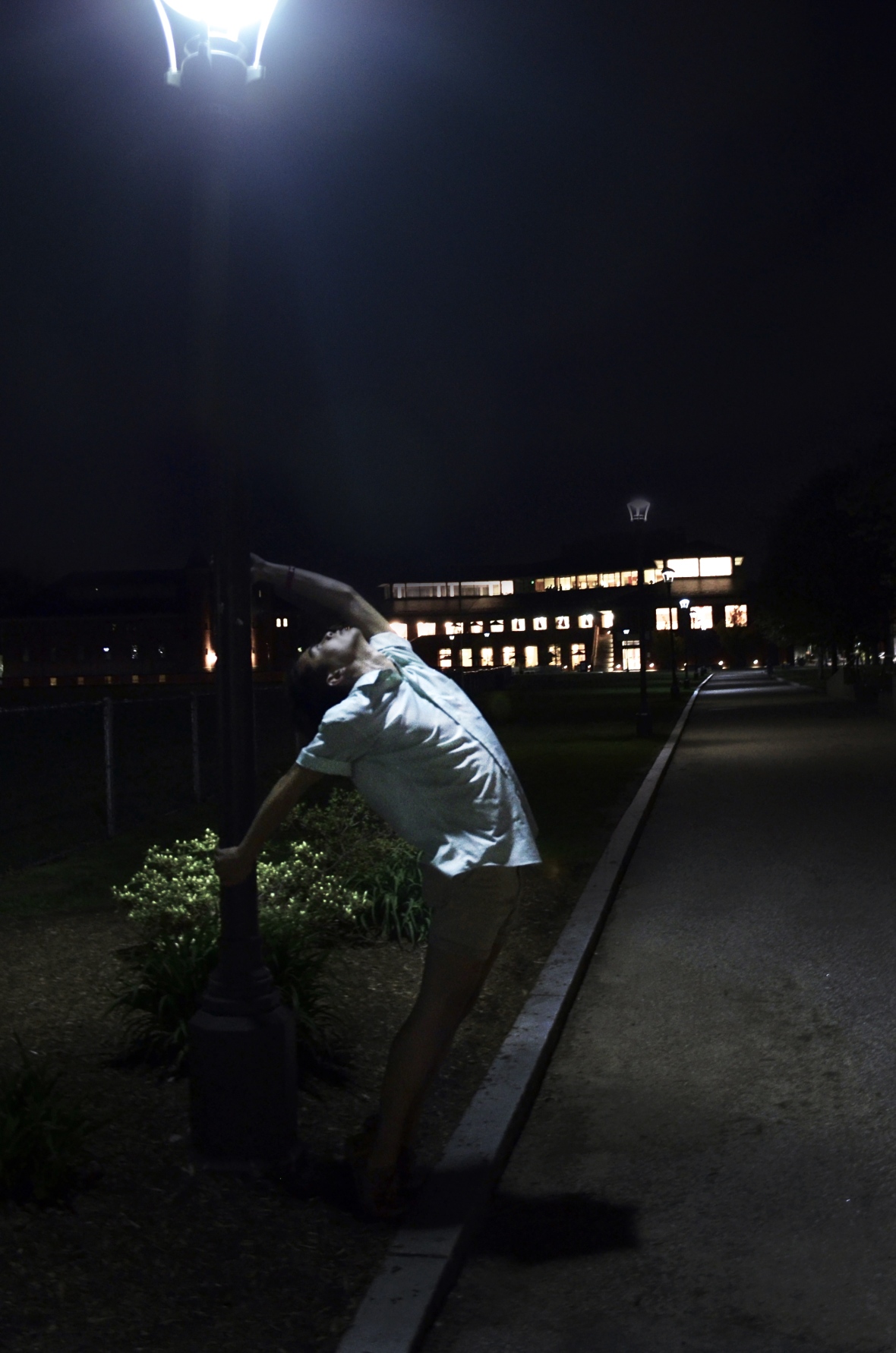 Critiques: At the end of every artist’s piece, we will be posting the critiques that other members of The Photograph Collective have written in response. These critiques are meant to encourage, challenge, and ultimately better each other as photographers. In the same fashion, we also invite our readers to share their thoughts of projects in the comments section below.

Amanda: Wow. First of all, I’m so blown away by how your idea has developed. When I first heard about your idea of capturing your friendship with Ricky, I thought it was fascinating, but I’m even more impressed by the complex layer of societal developments that you added. I personally struggle to be able to tell a narrative with only a few photos and usually err on more rather than less, but this is such a phenomenal example of a project which is powerful & effective as just 4 photos, not needing any more or any less. The poses that you chose to depict your friend in are incredibly powerful and capture this essence of a “tipping point” where energy is gathering and about to burst forth. I’m amazed at how the photos seem to capture both a stillness and ferventness at the exact same time. One thing I did note is that the colors/editing of the first photo seemed to set the shot apart from the other three which detracts from the cohesiveness of the group. A way that you could have made the photos even stronger would be if Ricky were wearing more minimalistic clothing – the outfit he has on in the photos is modern, and while an outfit change for each photo might be too much, a non-descript one would have helped to keep the focus on the posture and the environment. My favorite photo is the second one – partially because his pose is so fascinating, but also because the majority of the photo captures the “agriculture” era which you were trying to depict. Aside from the tiny street lamp in the back, the shot captures a very different look and feel than the others (if you do have Photoshop and want to learn, it’s possible to remove things like that!) Overall, am so impressed by how you extended this project creatively and that you pushed yourself into something so different! Phenomenal work.

Maya: When I first saw your photographs, not having read your artist’s statement yet, I interpreted the set as a day in the life of a dancer. After reading the artist’s statement, I realize you chose to take on a huge inspiration! It would be difficult for anyone to accomplish your thoughts in four photographs. Perhaps you will continue to work with this? I have a couple pointers for lighting. With the obstacle of lighting throughout the hours of the day, harsh sunlight is always something photographers struggle with. In the first photograph, the darks are very dark, and the lights are very bright — a result of direct sunlight. Doing this shot in the shade would have made all the difference! For the last photograph, it’s often very difficult to approach lighting, because it’s often artificial (hence your emphasis on electricity). Here’s another situation where the lamp lights a few details, but maybe not everything you would want seen. The third photograph, composition-wise, would have improved if you had stepped a bit to the left so he would be over the center of the path. The walkway would create some awesome leading lines, drawing the viewer’s eye to the subject, and you would avoid the building edge right at his head (often called mergers). The second photograph is phenomenal, completely on point. I’m not sure if you edited the contrast at all, because the lighting isn’t as harsh, but the colors are great, the composition is great, and your subject looks great! I admire your ambition in taking on action shots for our first project.

Beatrice: Jessica, I thought your theme was very creative and unique. Rick showed a lot of emotion through his movement and you captured it well. I think the last photo could also look interesting with a shallow depth of field. My favorite photo was the second photo because of bright colors and Rick’s movement.

Khatiti: I was initially struck by the beautifully expressive body language shown in your piece. Overall your piece made me feel the transitions of the day though both your model’s body movements and through the lighting. I like that you also wanted to show the transition of humanity, which added an extra layer to the piece. My only criticism is that I would love to have seen more of your personal life through the project, but at the same time I was super into your interpretation of the prompt!

Christine: Hey Jessica, I just wanted to let you know that the images are conceptually and visually so strong and so gorgeous. The moments where Rick is frozen in time are really breathtaking. I think the shot that felt out of place was where Rick was on the ground. The movement feels staged, where the others are energetic. I absolutely love the night shot! On a technical note, I would crop out the light source (streetlight). The lighting is beautiful and really successfully lights Rick in a dramatic and stunning way. I think having it in the photo weakens it, because it essentially allows the viewer to see a “behind the scenes” of how the beautiful work was created.  Overall: SO strong! I’m so excited to see more work! Hope the brainstorming helped!